Chihayafuru 2×24 "How Clueless You Are" 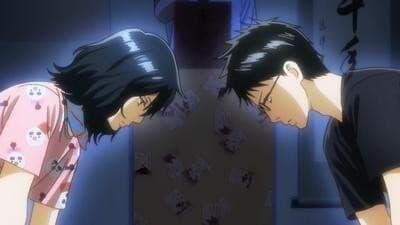 As Chihaya becomes hesitant about going to watch Arata, she and Taichi are snuck in by Fujisaki's coach, Midori Sakurazawa. At this point, Arata is leading against Shinobu, as he somehow managed to gain a momentum over her. Shinobu soon starts fighting back by switching up her usual graceful style for a more aggressive attack, but even her trademark speed is outmatched by Arata. Shinobu soon becomes more focused and makes a valiant attempt to fight back, but in the end, Arata manages to win the tournament.