Chihayafuru 1×21 "This Snow that Covers All Soaks My Sleeves for Your Sake, Too" 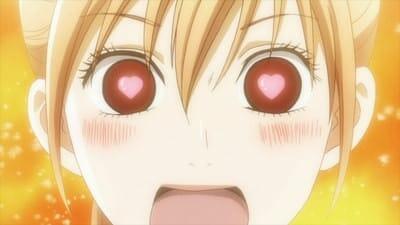 After the exams, the others notice Taichi reciting the hundred poems from memory. This prompts Yusei to point out that Taichi's weakness is seeing the cards as words instead of feeling them. On the day of the Eastern qualifiers, Chihaya inadvertently makes a bet with Sudo in which the first one to lose has to shave their head. In the first round, Chihaya faces a child prodigy named Ririka, who proves to be fast. However, thanks to Harada's teachings, Chihaya focuses on timing before demonstrating her speed and winning the round.