Chihayafuru 1×20 "Clouds Just Beyond the Blue Ocean, Foam-White Waves in Their Wild Dance" 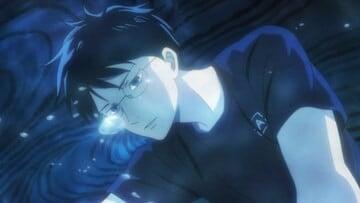 In the runup to some exams, Tsutomu becomes a tutor for Chihaya and Yusei whilst Taichi enters a tournament in Yoshino, his last opportunity to advance to Class A. There, he runs into Arata, who gives him his contact details to give to Chihaya. Chihaya ditches studying and arrives after Taichi loses his tournament. She goes to observe Arata play whilst Taichi, initially frustrated by jealousy, finds solace in the fact Arata managed to return to karuta. At the end of the day, after Arata leaves and Chihaya is forced back to her studies, Harada offers Taichi a promotion to Class A so he can participate in the Masters qualifiers alongside Chihaya and Arata.