My Little Monster 1×01 "Sitting Next to Yoshida-kun" 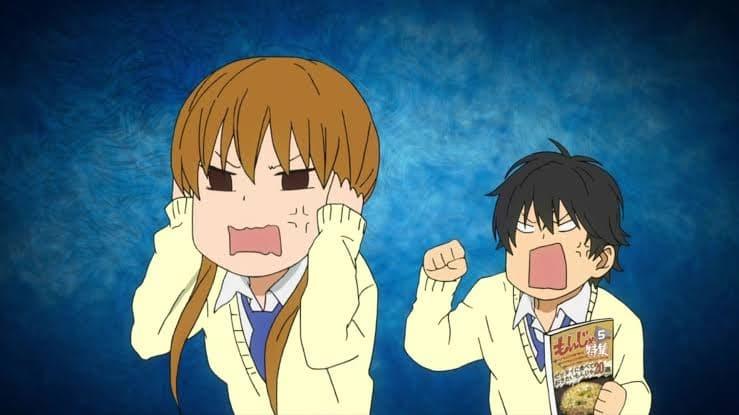 Shizuku Mizutani is tasked with delivering the class printouts to Haru Yoshida's home (who is skipping school despite having a suspension he obtained for fighting, over). Haru sees this as something only a friend would do and declares that they are friends. Their class teacher, Saeko tries to get Shizuku to persuade Haru to come to school or else he would be expelled. Meanwhile, Haru's punk friends take advantage of his sincerity and use him for money but Shizuku steps in and reveals the truth to Haru. He then confesses of loving her. Haru eventually goes back to school, where his inability to distinguish social protocols causes a wave of bizzare actions. Eventually, Haru nags Shizuku to go to a monjayaki restaurant but she states that she can't because of her studies. Though when he solves her math problem, she has a flashback where Haru had been the top ranked student before he was suspended. Shizuku then deems him her rival and studies hard, eventually places 1st in the midterms.

Anonymous Noise 1×02 "God, I Pray That Alice’s Love Will Never Be Realized"