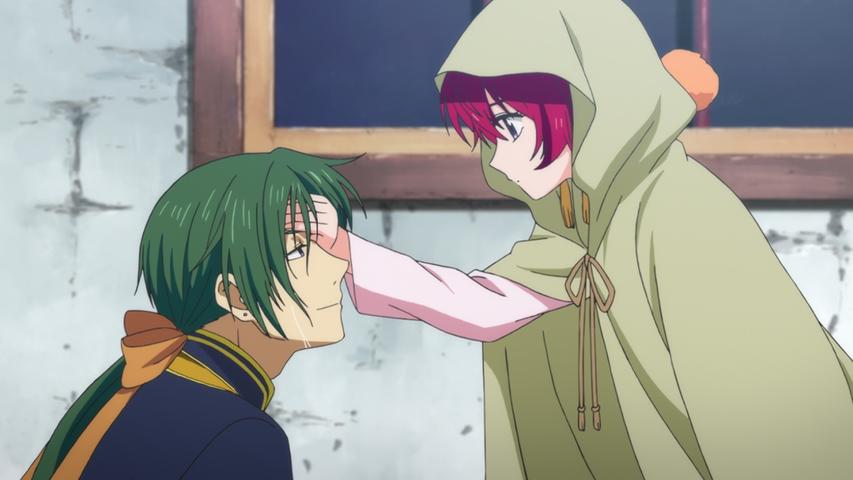 Yona and her companions continue their search for the green dragon warrior, encountering more corrupt officials. As Jae-ha pursues Hak, he unwillingly meets Ki-ja. Jae-Ha refuses to join them and flees again, soon-after finding Hak. While persuading Hak to join the pirates, he meets Yona and discovers that she is the master of the four dragons. He turns down Yona's invitation to accompany her on her journey. Yona, while gracefully accepting his choice, is however determined to help the town and asks to meet the Pirate captain. Jae-ha brings them to Captain Gigan, who approves of Hak and the other two dragon warriors' fighting ability. Yun, while lacking fighting ability, speaks of his other skills. Yona cannot think of any skills she possesses, but impresses the captain with her resolve. The captain decides to give her a life-threatening task to prove herself.

Star Trek: The Next Generation 4×05 "Remember Me"