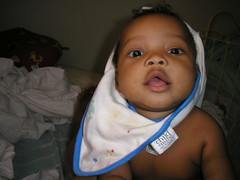 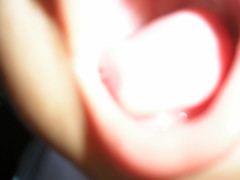 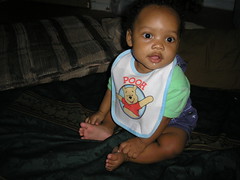 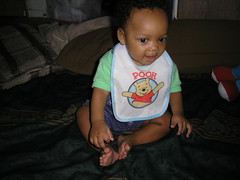 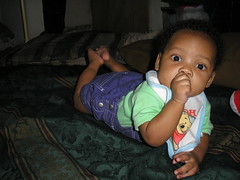 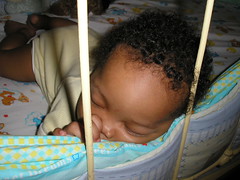 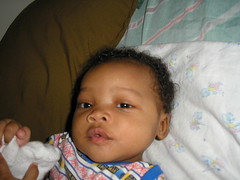 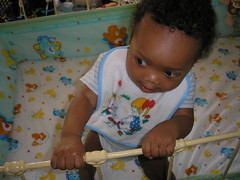 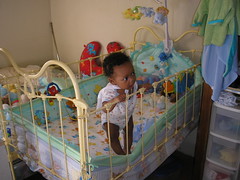 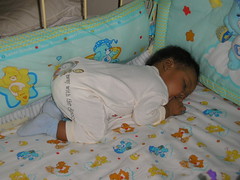 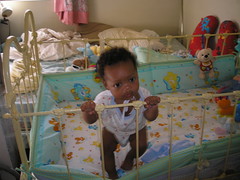 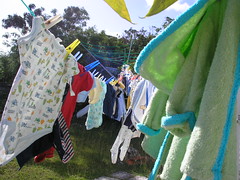 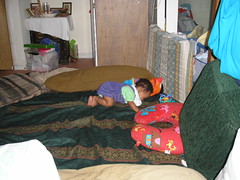 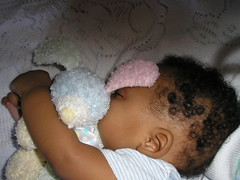 I wish I could be good like step and keep this running dialogue about Dayo’s baby life going here in this space. It’s all I can do to even type up these little reports here and there.

In fact, I am recording it in photographs, as opposed to trying to write it out. Why is that? A notoriously verbose person like myself, suddenly switched up and gets all visual on the people. That old adage is correct, a photograph is really worth a thousand words.

I guess just don’t feel like sharing most of my day-to-day experience of motherhood. Most of it is made up of drudgery anyway… I do far more fucking laundry than I ever thought it was possible to do and I’ve been obsessed with removing stains from clothes and having enough onesies to get me through any given day.

I have weathered bib crises… fought off tears when I realised every bib in the house was either dirty or drying. Realised I had reached a personal watershed moment when I found myself washing a sinkful of bottles and assorted apparatus and singing the closing song of Barney and Friends, the words of which I will not repeat for fear of further bludgeoning my sensibilities.

Imagine, no man has yet domesticated me but my son has managed to do so with alacrity.

He’s five and a half months, and he’s trying to crawl, but would rather stand up and walk. He can’t pull himself into a sitting position from his back, but he rolls to his side, and pushes himself into one. When he sits up he topples over less and less frequently, even though he still hasn’t co-ordinated all those muscles yet.

He smiles, he smiles, he smiles…. he is ticklish in his armpits, his ribs, his toes, his neck and any kind of munching in those areas produces GALE-FORCE laughter… screaming HA-HAs, that just dissolve me into my own giggles constantly.

He blows and makes the pbbbbtttttt with his lips and tongue and loves the sound it makes, and tonight he gave me my first zrbrt. We did it to each other, over and over again. My cheek dripped drool, but if that doesn’t make life worth living, I don’t know what does.

We also had to collapse the crib. Yeah, the child only had escape on the brain and has steadily been decimating the crib’s slim safety as his own mobility increases. One night in early January, I was awaken to piercing shrieks. When I sat stock straight up in the bed, and looked all I could see was the mosquito net jerking. I jumped up and rushed to the side of the crib, and every part of my child from his underarms down was hanging out of the crib.

My heart was in my nose, and since that night I’ve not slept well at night. During the day, I was trying to create a playpen with pillows and it last two weeks until he figured out he could climb over the pillows. So yeah, we had to get a playard and he’s there sleeping in it now.

I expect he will plot escape as soon as he figures out how to get his foot over the edge… but I figure we have a while yet.

He’s just so active! I’ve reached the wrestling-on-of-diapers-and-clothing phase, and it’s the one time he becomes truly impossible and the most frustrating part of every day of late. Other than that, the child is a delight. He laughs and laughs. In fact, I’ve never met a baby that laughed and smiles as much as Dayo. The aforementioned tickle-fests are always part of the day’s highlights, as are the Tigger-impressions in the Jumperoo.

He’s eating pumpkin, potato, applesauce, carrots, sweet potato and banana…. oats and rice cereal, all manner of juice, and STILL having four bottles a day, the last one thickened with cereal because it keeps him all night. Because yeah, the child can EAT. He’s always pissed as hell when it’s all gone, even when his tummy literally can’t hold any more. The only thing he refuses his plain water, and even water with glucose added he’s not keen on. He just refuses to drink more than an ounce a day, and the only reason that ounce gets in, is because he never refuses the bottle. When he realises it’s water in there though, he starts biting the nipple, he lets the water run down all over his face, his neck (necessitating yet MORE laundry!).

He’s still liable to get up at the ungodly hour of 4am in the morning, but for the most part I just let him play until I’m ready to get up. Although, my girlfriends told me I was making mock sport, and advised putting a couple extra scoops of cereal in there so he’ll sleep until a more reasonable hour. Well I did it last night, and guess what? It’s 6.30am, and I’m editing ths post I wrote bleary eyed with sleep and the little darling is still in the Land of Nod.

I Missed You, Mama!

Okay…. Off To Do The Damn Thing!

Sling It Baby, Sling It

A Month Flies So Fast