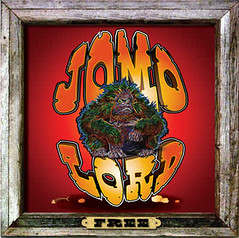 My brother, Jomo Lord’s first album, “Free” has been released in Barbados by CRS Music.

Tracks include the locally lauded “Understanding Joseph” originally released by The Purple Turtle Injection (Jomo playing with Hans Kirton; and released only to local radio stations, where it got heavy airplay), tracks from the Holder’s House set, and six new tracks produced in Trinidad.

Makes trekking down to DaCosta Mannings Friday after Friday in the hot-ass sun to buy guitar strings (with my OWN money), and hour after hour of hearing all these songs when they were merely two notes repeated for ten hours at a time, suddenly really worth it. Ah lie, I knew it was worth it then, but you know… the sun was REAL hot mates.

The CD is available from CRS’s web site, as are streamed samples.

Free (One of my LONG TIME FAVES!)

But all the tracks are good…

Chris Rock Does His Duty For Black Women Of All Ages?

This Is Where We Came In (A Review)

A Thousand Words In One Shot

Call For Submissions: Vampires and Werewolves and Succubi, Oh My!