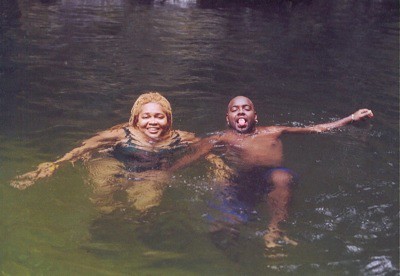 A couple nights ago, I dreamt about YMK. It’s been a while since I’ve done that, but it’s just weird how many times I’ve dreamt about him in the last year.

In this dream, I was living in a huge, and I mean HUGE, complex. It wasn’t modern at all, in fact it had a distinct feeling this was an old building, built in the early 1800s. In any case, it was huge. So much so, it’d take you like 15 minutes to walk from one end to the next.

My mother and my brother were there as well, but because of the size of the place, we lived in opposite corners and my brother had his own space as well. While we were living there, there was a whole section of the building that scientists were making experiments in… preparing for something.

In the dream I went to my mother, and was looking a little down in the dumps, and she asked me what was wrong. She was getting ready to go to some party (typical) and was primping and preening. I told her I was feeling lonely, and she said, it’s time to find a man.

I laughed, but didn’t really study it, because I get the sensation we were pretty isolated in this mammoth building and well scientists don’t have the most suave of social graces.

So we talked a little more, then she left for her party and I went back to my ‘room’ (it was really a suite of rooms, almost as big as a house). When I got back to my suite, something told me to open one of the empty rooms, opened the door, the room was huge and with just a straight-backed chair in it. I liked this room because it had a huge picture window and in the afternoons, sunlight flooded the room and it was soothing to sit there.

This afternoon, when I opened the door, YMK was sitting in the chair in a pool of sunlight.

I was shocked to see him. He was the last person I expected to see. He turned to look at me when I came in, stood up and walked towards me. He touched my face, stroked my shoulder and pulled me into his arms.

We made love in the sunlit empty room.

Later in the dream, the scientists that were working there, sent me, YMK and my brother into space to gather more research data for them. Somehow this involved dipping in and out of a star. (Don’t ask me the science, but that’s what we were doing.)

During the last dip, it seemed as if the star got angry, because a solar flare scorched the ship on it’s last exit and we nearly exploded. However, we pulled through.

YMK and I talked about barely making it, and that we were glad to have escaped and be alive and together.

When we returned to terra firma, we discovered I was pregnant. We didn’t return to the big, big house. Instead we went to live in a smaller (relatively) house on the same property, which was very reminiscent of Caribbean houses with huge verandahs and such.

The last scene of the dream is of he and I in a huge bedroom with french doors, me with a big bump, he standing at the window waiting for me to come and look out on the forest.

I guess what is weird is these dreams tend to repeat some theme, and although I have ideas, I do not know what to make of them. I mean, he and I weren’t inlove, there was passion yes, but there wasn’t this ‘we in love’ vibe. More to the point, he’s the only man I have ever dreamt about this way.

Other lovers have appeared from time t

Cooking For My Baby

My Goodness, What Happens Next?