City Of God (A Review) 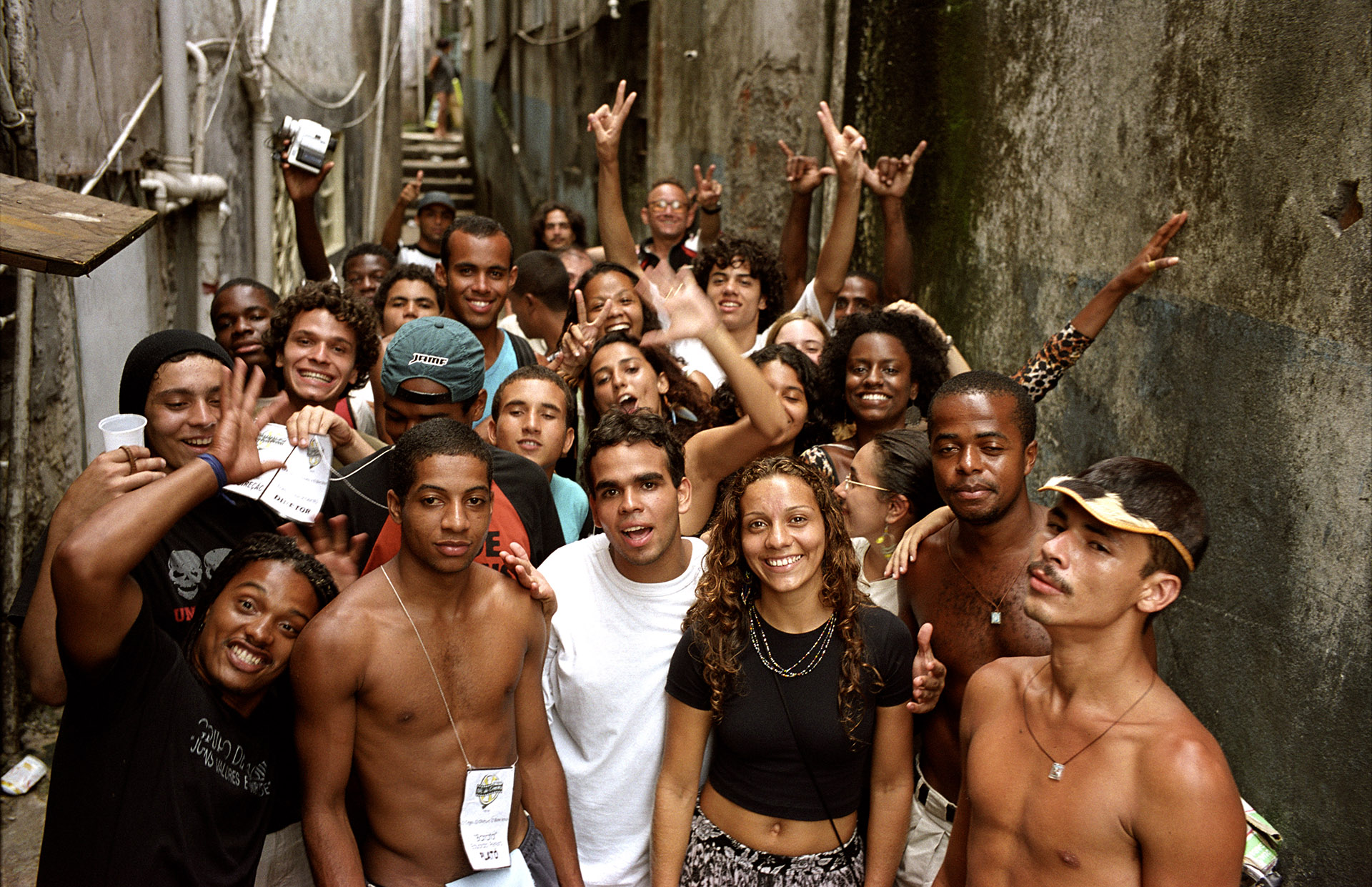 Rocket (Alexandre Rodrigues) is a young boy born into the sadness and unending poverty of City Of God, a housing project favela in Rio’s e Janeiro.

In the favela desperation overtakes hope and the only work to be acquired is illegal and couched in violence. His older brother is a part of The Tender Trio, hoodlums who rob gas trucks and motels and one by one are taken down by corrupt Third World cops and the circumstances of the favela. Rocket’s growing years sees peers he played football in the dust with, turn from petty theft to giggling psychotic murderers.

Rocket, as a teenager, harbours ambitions of being a photographer. He isn’t made of the stuff that is required to become either a full blown gangster or even a petty criminal. However he somehow seems to be in the middle of the action in the favela, yet he also manages to exist outside of it.

Lil Z (Leandro de Hora), is an atypical child of the favela. He cannot read or write, and hopeless hunger warps his thinking and deadens his soul so significantly, all innocence burns away and he quickly turns to murder and drug dealing with maniacal and power hungry aplomb. He goes to a Candoumble priest to get protection and empowerment from Baba Exu (Esu/Eshu) and then proceeds to systematically wipe out all opposition to him taking over as drug overlord in the City of God. Lil Z’s career, fueled by his ruthlesness, eventually escalates into a full scale gang war in the streets of City of God.

Rocket and Lil Z are the same age, and their lives overlap throughout the story, often with hilarious and stomach churning episodes.

Rocket manages to acquire a camera, and although he prefers to take pictures of Angelica, who he hopes to lose his virginity with, he ends up taking pictures of the gangs as they pose with heavy artillery. These pictures come to the attention of a newspaper and launches his career.

Lilting camera work, clever angles and freeze shots; a weaving but brilliant storyline, this film is packed with both horrifying violence and uproarious funny moments. City of God is a frightening yet entertaining slice of life in the favelas of Rio De Janeiro. You get the sensation of a documentary, maybe because the majority of the cast are real favela dwellers, recruited from the streets to play roles in the film.

You watch as the actors run through streets with garbage piled high on both sides; watch as children commit violence without breaking a sweat. You can see this film is a mirror of real events, because a film with this kind of authenticity is rare.

As death ridden as this film is, as violent and scary, it is not without it’s measure of hope. Rocket sees his world differently, and his alternate view opens a road for him to pass through this violent environment unscathed and with a job many of the favela children have no hope of attaining. He gets to follow his dreams into a different life.

The director, Fernando Meirelles finds a way to humanise even Lil Z, whose complete lack of conscience and his stunted emotional development are two sides of the same coin. Meirelles’ marvellous eye for composition and his unrelenting exposure of a world most of us are fortunate enough never to encounter, make him an unsung hero and well deserving of accolades.The film is brilliant from beginning to end, and keeps the blood pumping.

Laughter at the main cast’s antics is quickly followed by stomach clenching moments, but at no point does the grittiness of this story let up. One of the best made films seen in recent times.

Based on a true story written by Paul Lin.

In Portuguese with English subtitles.

Welcome to the world's most notorious slum: Rio De Janeiro's 'City of God.' A place where combat photographers fear to tread, where police rarely go, and residents are lucky if they live to...

With Li'l Ze running the show, the runts quickly learn that their actions have serious consequences. In the scene: Li'l Ze (Leandro Firmino da Hora) About City of God: The streets of the...

A Thousand Words In One Shot

Lord of The Rings: The Return Of The King

Call For Submissions: A Collection Of Women’s Stories

Goodbye to the Pope: The Pope Is Dead