The orishas and the people were living there in the land created by Obatala. They did the things that are required in life, orishas and humans alike. They hunted, cleared the land so that they could plant, and they cultivated the earth. But the tools they had were of wood, stone or soft metal, and the heavy work that had to be done was a great burden. Because there were more people living at Ife than in the beginning, it was now necessary to clear away trees from the edge of the forest to make more room for planting.

Seeing what had to be done, the orishas met to discuss things. It was said: “Let one of us begin the great task by going out to fell trees and clear the land. When this has been done we can plant our fields.”

All agreed except for Olokun, who said: “Do what you want, but it has nothing to do with me, for my domain is the water. The land and the trees were not my doing.”

So Orisha-Oko, the orisha of the open fields, spoke, saying: “My bushknife is strong. I will cut the trees.” He went out. He worked. The sharpness went out of his bush knife. He returned. He said: “Yes, it wasthe same with me. My bush knife is dull and twisted.”

Then Eshu with the powerful body took up his bush knife and went into the bush. He remained there for a while, and when he returned they saw that his bush knife was broken and bent. He said: “I cleared brush and dislodged stones, but the metal of my bush knife is not hard enough, it lacks spirit.”

One by one the other orishas went out and tried, but the metal of their knives was too soft. They said: “What kind of a world are we living in? How can we survive in this place?”

Until now Ogun, who had been given the secret of iron, said nothing.

But when the other orishas had tried and failed he took up his bush knife and went out. He slashed through the heavy vines, felled the trees and cleared the forest from the land. The field grew larger, the edge of the forest receded. Ogun worked on until the darkness began to fall

Then he returned. When he arrived he displayed his bush knife. It glittered even in the greyness that precedes the night. It was straight and its edge was sharp.

The orishas said, “What is the wonderful metal lying within your knife?”

Ogun answered: “The secret of this metal was given to me by Orunmila. It is called iron.”

They looked at his knife with envy. They said, “If we had the knowledge of iron nothing would be difficult.”

As for the other orishas, neither their hunting weapons nor their battle weapons were good. They had to rely on traps to catch their game, and often, when their luck was not good, they had no meat at all.

The orishas discussed Ogun’s secret on and on, saying, “If we had the knowledge of iron we would be equal with Ogun.” And afterwards they would say to Ogun, “Give us iron so that we too can be great in hunting and war.”

Ogun always answered: “The secret of iron was entrusted to me by Orunmila. He said nothing about giving it to others.” And so for a long time Ogun remained the sole master of the spear, the bush knife and other weapons.

The orishas did not give up importuning Ogun. At last they came to his house and said: “You, Ogun, are the father of iron. Be our father also. We need a chief. Become our ruler, and in exchange for our loyalty and service give us the knowledge of making iron.”

Ogun considered everything. One day he announced that he would accept what they were offering. So they made him their ruler. He became the Oba of orishas in Ife and all the surrounding territories.

Ogun taught them the making of iron. He built forges for them and showed them how to make spears, knives, hoes and swords. Soon every orisha had iron tools and weapons. Then humans began to come from distant places asking for the secret of iron. Ogun gave them the knowledge of forging. A time came when every hunter and warrior had an iron spear.

But though Ogun had accepted the chieftaincy over the orishas, he was above all else a hunter. And so when the knowledge of he forge had been given out, he clothed himself in the skins of animals he had lolled and returned to the forest to get game. He was gone many days. Life in the forest was hard. He slept on the ground or in trees. He pursued the animals a great distance, arriving at last at a place called Oke-Umo, near where the city of Ilesha now stands. There he caught up with his game. He killed many animals, skinned them and cut up the meat. After that he returned home. When he came out of the forest he was dirty, his hair was matted, and the skins he wore were smeared and spotted with the blood of his game.

The orishas saw him arriving. They said: “Who is this dirty stranger coming from the forest? Surely it is not Ogun, whom we selected to be our chief?” They were displeased with Ogun. They said: “A ruler should appear in dignity. His clothes should be clean. His hair should be oiled and combed. How then can we acknowledge this unclean person as the one who rules us?”

The orishas turned away from Ogun. They went to his house, saying to him: “We expressed faith in you by making you our Oba. But now you are indistinguishable from the lowliest hunter, and the air around you reeks of dead flesh. What we gave we now take away. You are our Oba no longer.”

Ogun said: “When you needed the secret of iron you came begging me to be your chief. Now that you have iron you say that I smell of the hunt.”

The other orishas went away. Ogun took off his hunting clothes made of animal skins. He bathed, and when he was clean he put on clothes made of palm fronds. He gathered his weapons and departed. At a distant place called Ire he built a house under an akoko tree, and there he remained.

The human beings who had received the secret of iron from Ogun did not forget him. In December of every year they celebrate, in his honor, the festival of Iwude-Ogun. Hunters, warriors and blacksmiths, and many others as well, make sacrifices to Ogun as their special protector.

They offer food at the foot of an akoko tree. They call him Ogun Onire, meaning Ogun the Owner of the Town of Ire. And they display animal skins and palm fronds in memory of how Ogun was rejected by the other orishas after he had given them the knowledge of the forge.

Ogun: Ifa and the Spirit of Iron 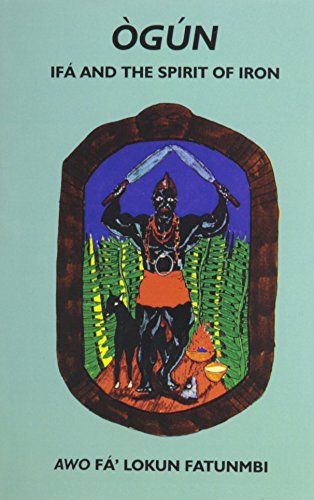 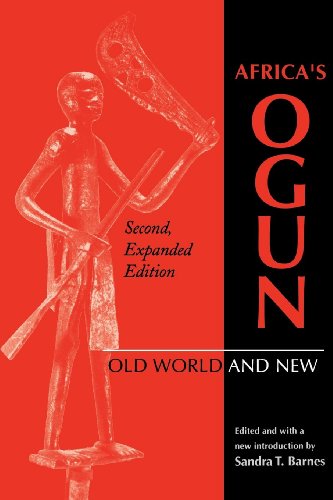 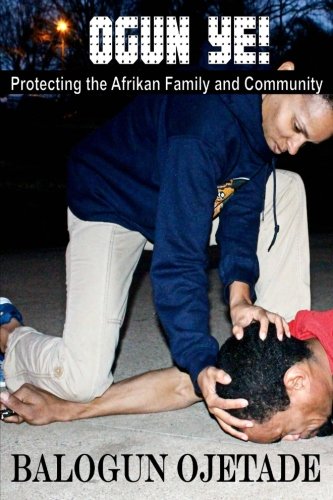 Recorded in 1974, Mansa Musa and The Village Drums of Freedom changed the face of Trinidad forever with "Hold On To The Faith". This is my father, Rudolph "Mansa Musa" Lord. I was a baby in...